Share
Print & download
The popular Tschigat at almost 3,000 meters is one of 350 peaks over 3.000 m in South Tyrol.
General description

The Tschigat - or Tschigot - is certainly one of the most striking peaks that rise high into the summit around the Merano valley basin. The approach via the Hochgangscharte and later through the chimney, requires a sure-footed climber. With the descent to the Halsljoch and return via the Milchseescharte, a beautiful circular trail results in the upper part. The summit can also be climbed through the Zieltal valley via the Lodner Hütte and the Halsljoch.

From Algund and Mittelplars (464 m) to Vellau (906 m) by ski lift or car, from there to the Leiteralm mountain hut by cable car (1,522 m). Route 24 takes us to the Rifugio del Valico-Hochgang (1,839 m, 1.5 hours to the mountain hut). Route 7 is a steep strenous ascent on rocky terrain (with exposed sections equipped with fixed ropes) leading to the Hochgang Pass (2,455 m; 1.5 hours from the refuge).
At the intersection we will keep to the left on route 7, across the small lakes called Milchseen (2,540 m), turning left following the coloured marks to the main lake then up a steep ascent among boulders and rocks (approx. 2,800 m).
We will go up through the passageway and then climb up via grade 1 and 2 sections, reaching the col and eventually the summit along the east ridge.
If the upper section of the crack is inaccessible (due to snow or ice) we will turn left to the south ridge, following the stone figures and climbing up to the cross (3,000 m, 3.5 hours from the refuge). Return via the same route.

An alternative route:
is to follow the coloured marks, ascending briefly eastwards, then turning left and crossing the steep north slope to reach the summit of a dihedral angle. From there we will descend for 20 metres using fixed ropes; then an easy ascent of 30 metres to the col will lead to an exposed path on the west side. This leads to the north-west granite ridge, which goes all the way to the Halsljoch Pass (2,808 m, 45 minutes from the summit). Continuing eastwards (towards «Biwakschachtel ») we will follow a path across boulders and scree (or snow) to the Milchseescharte Col (2,707 m, Bivouac; one hour from the pass). We will go down using ropes, and continue on a zigzag trail all the way to the small lakes, returning via the same route to the cable car (at least 3 hours from the bivouac).

description to arrive at destination
Through the Adige Valley to Algund and on to Vellau.
Park

Public transport
With the bus 235 to Vellau. There then continue with the Korblift to the top station of the Korblift.

With the bus 235 or 213 to the valley station of the chairlift.
Safety instructions
This tour is only suitable for hikers who are free from giddiness and sure-footed. 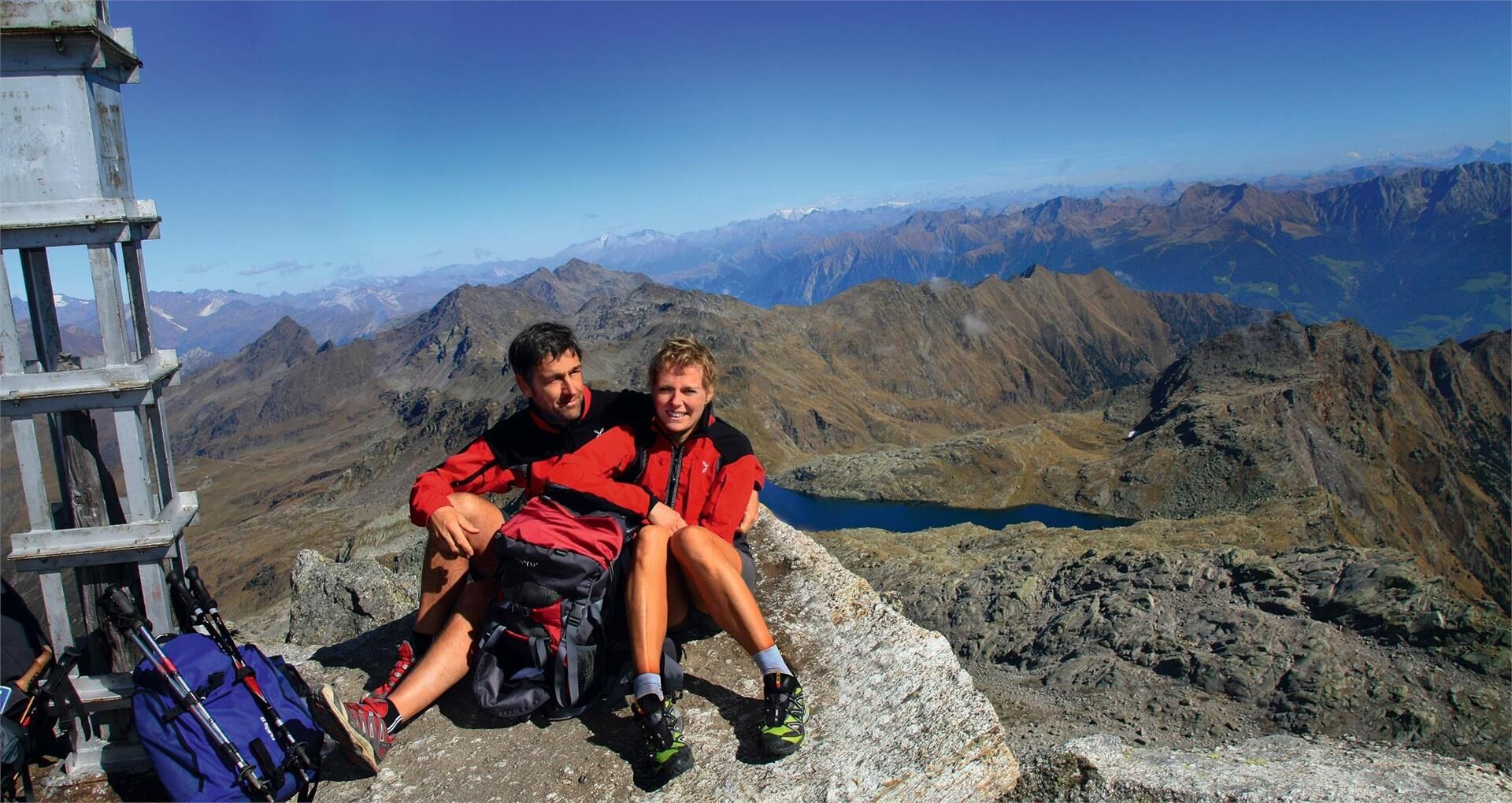 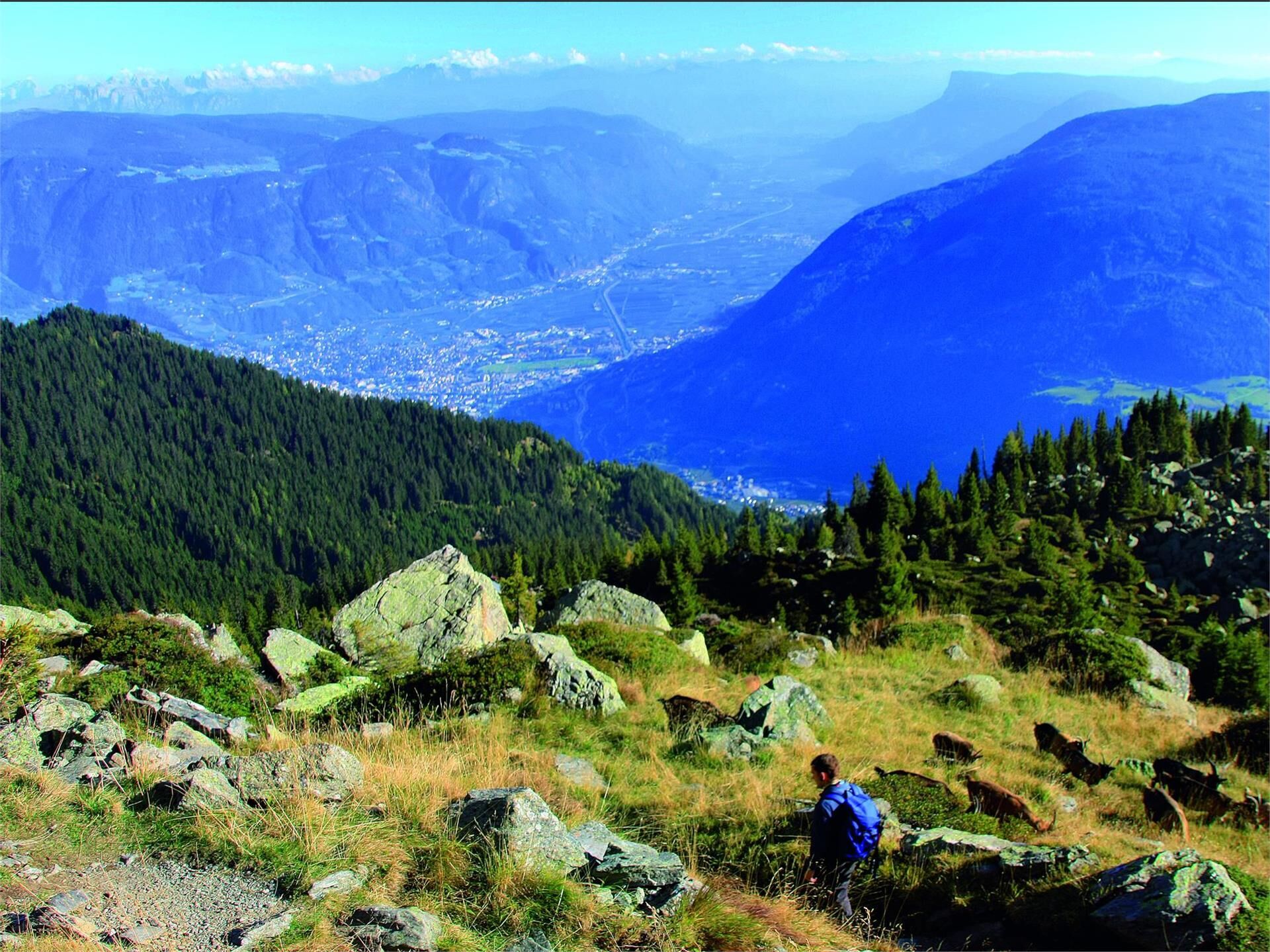 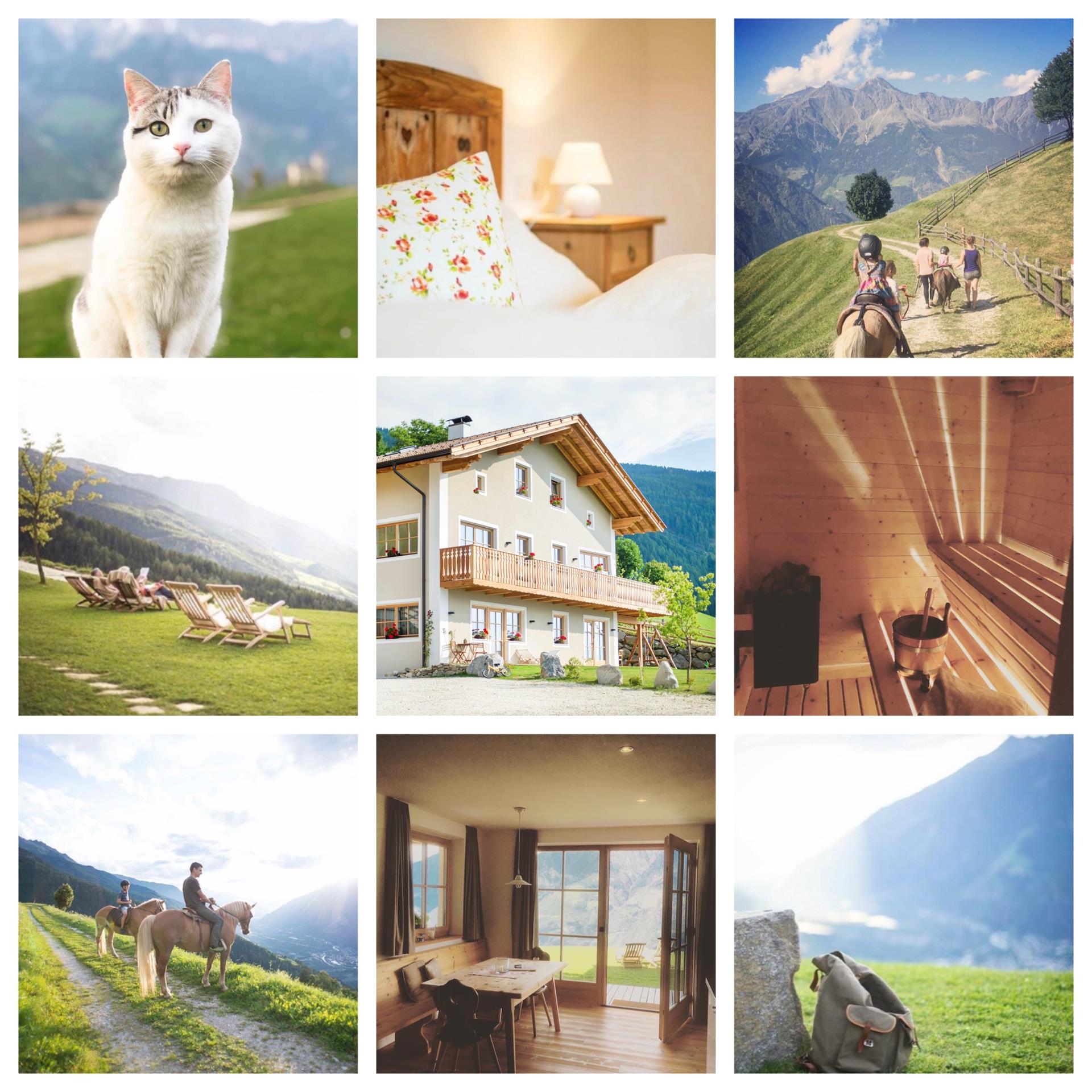 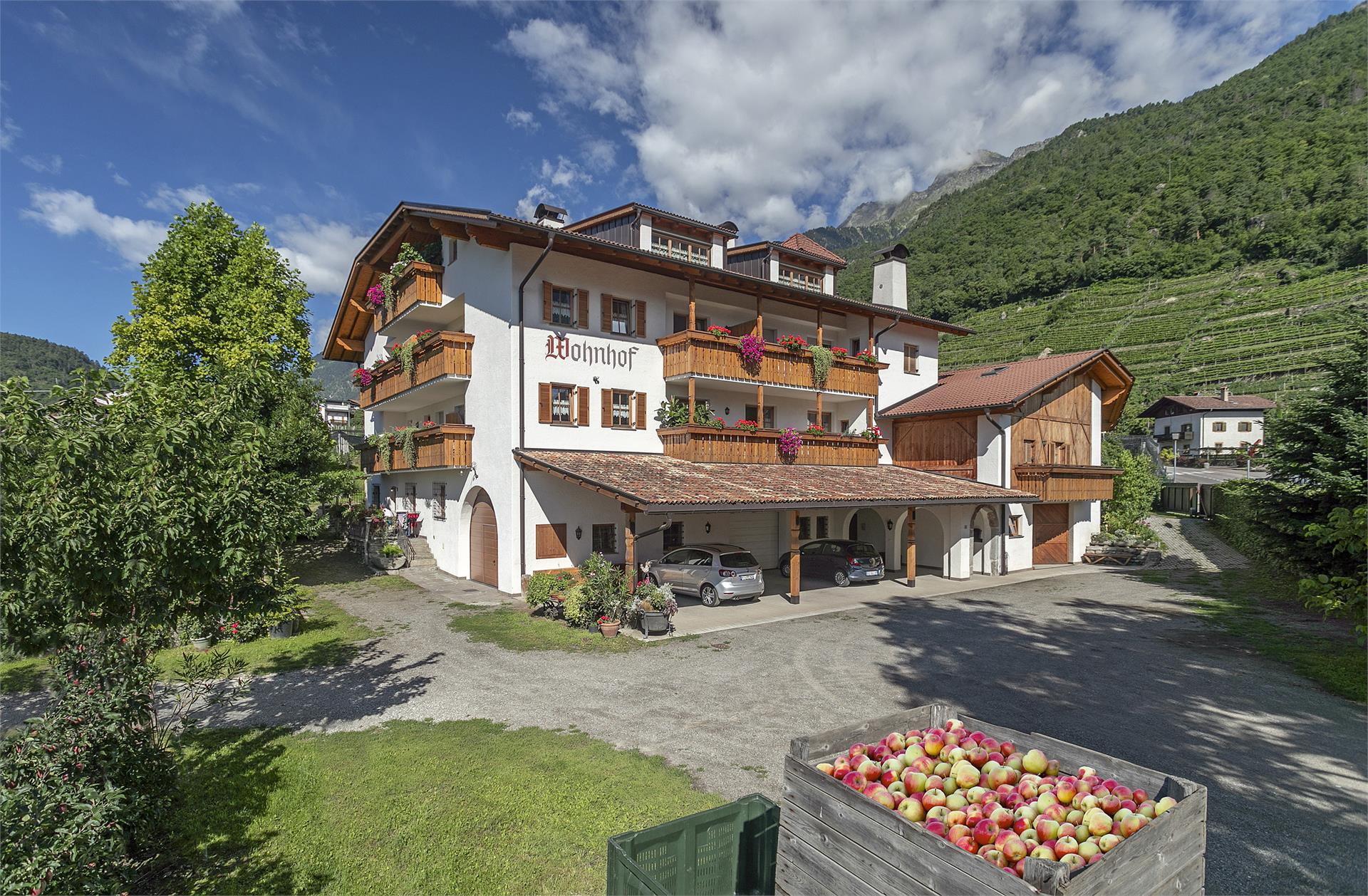 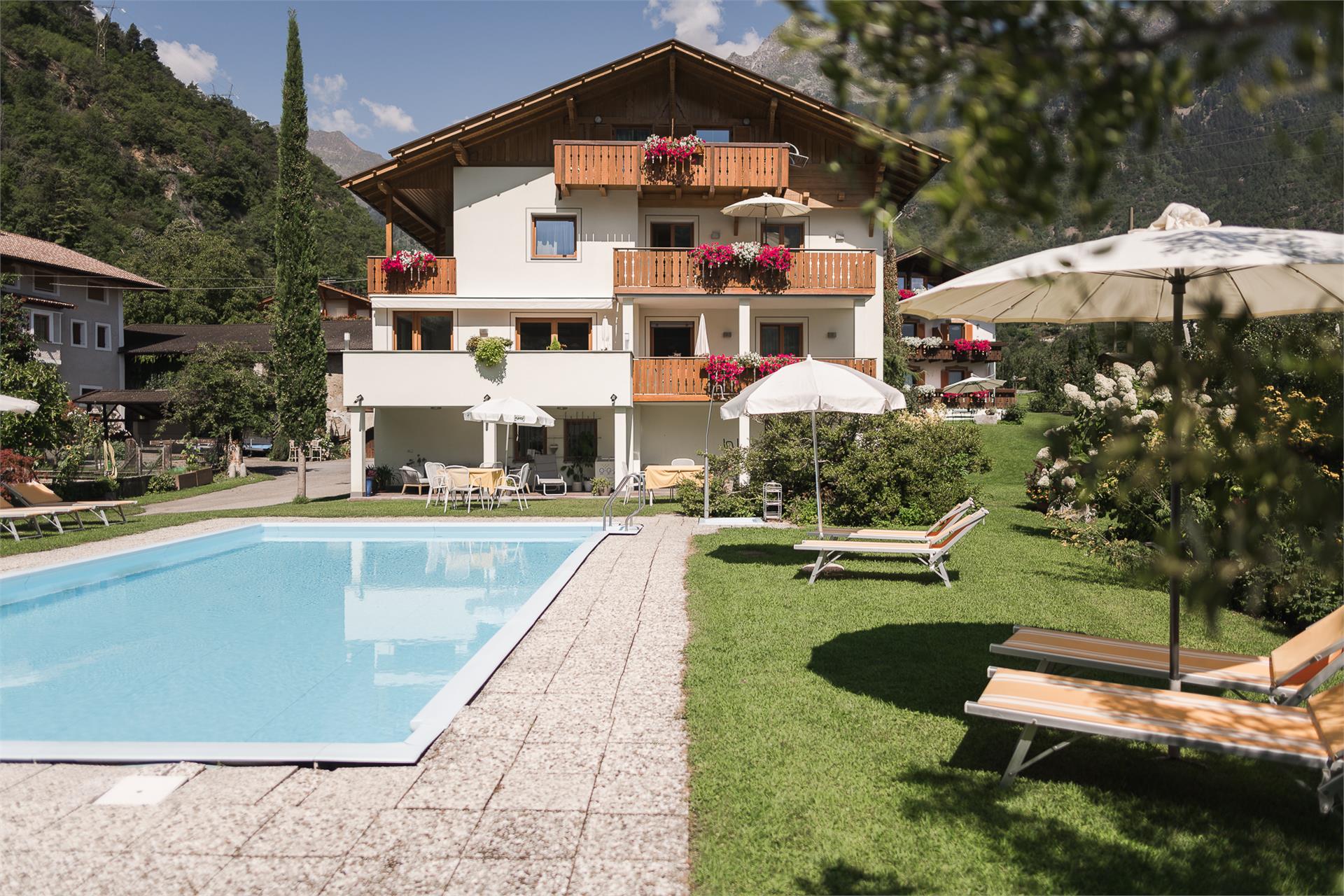 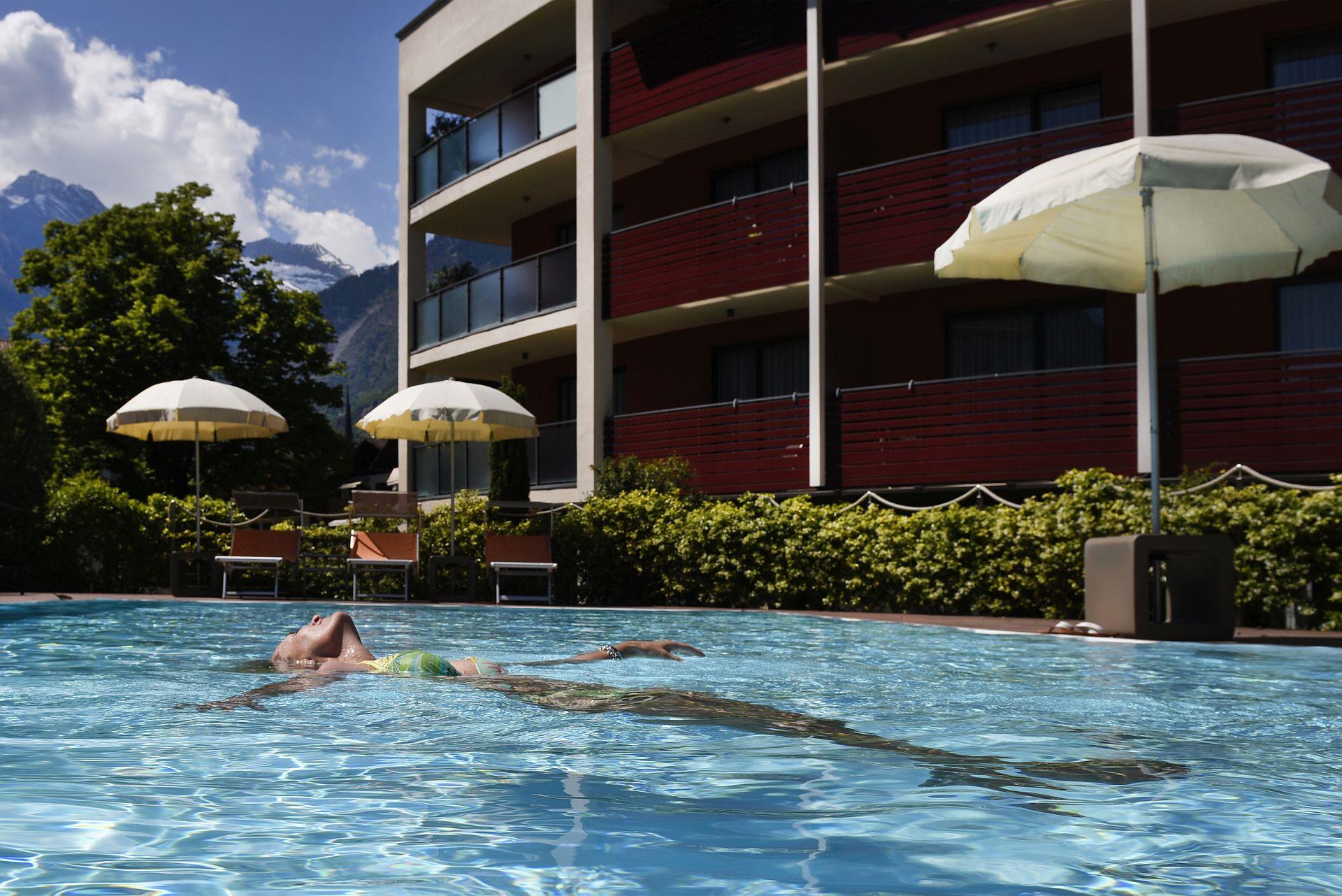 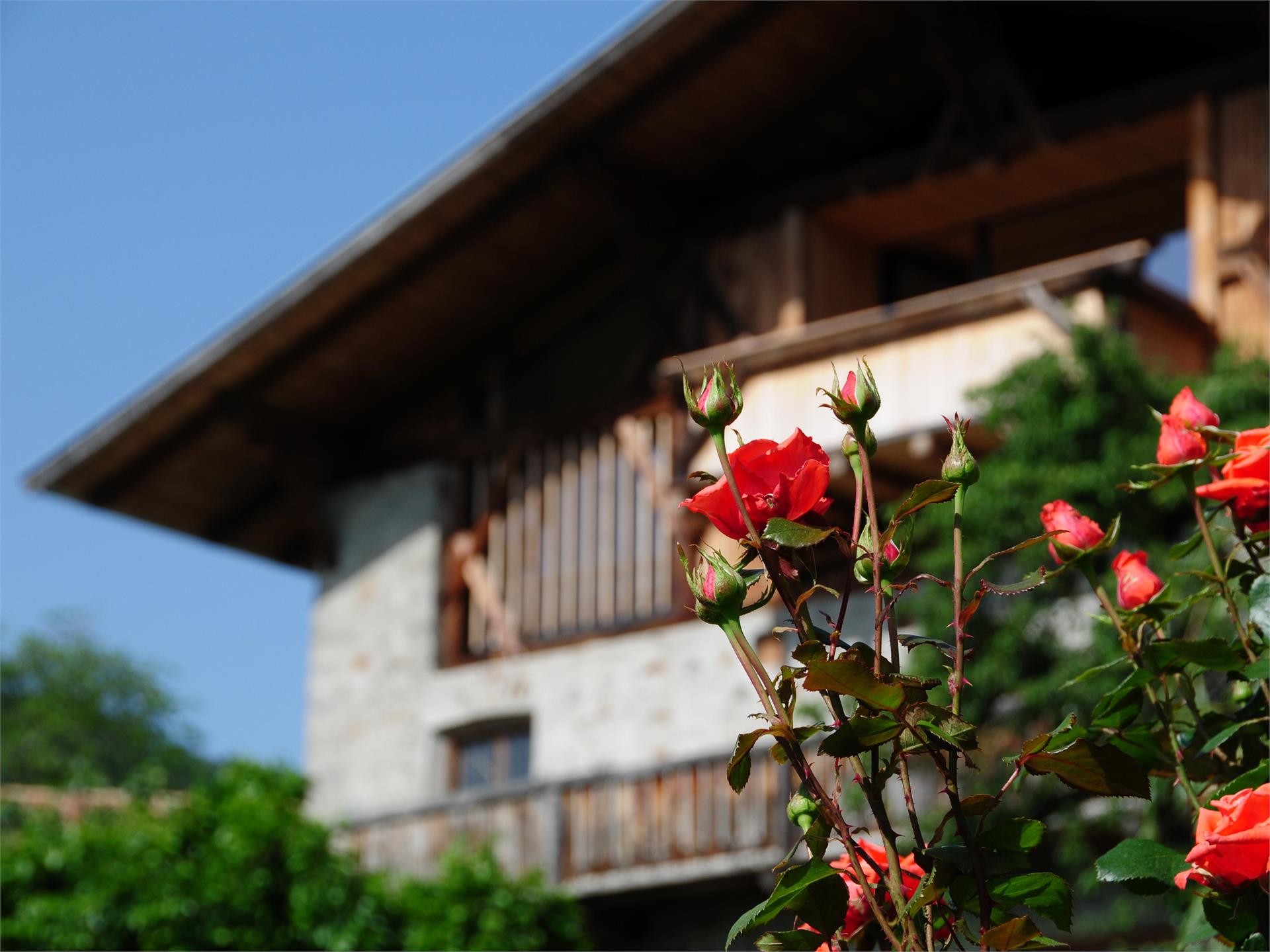 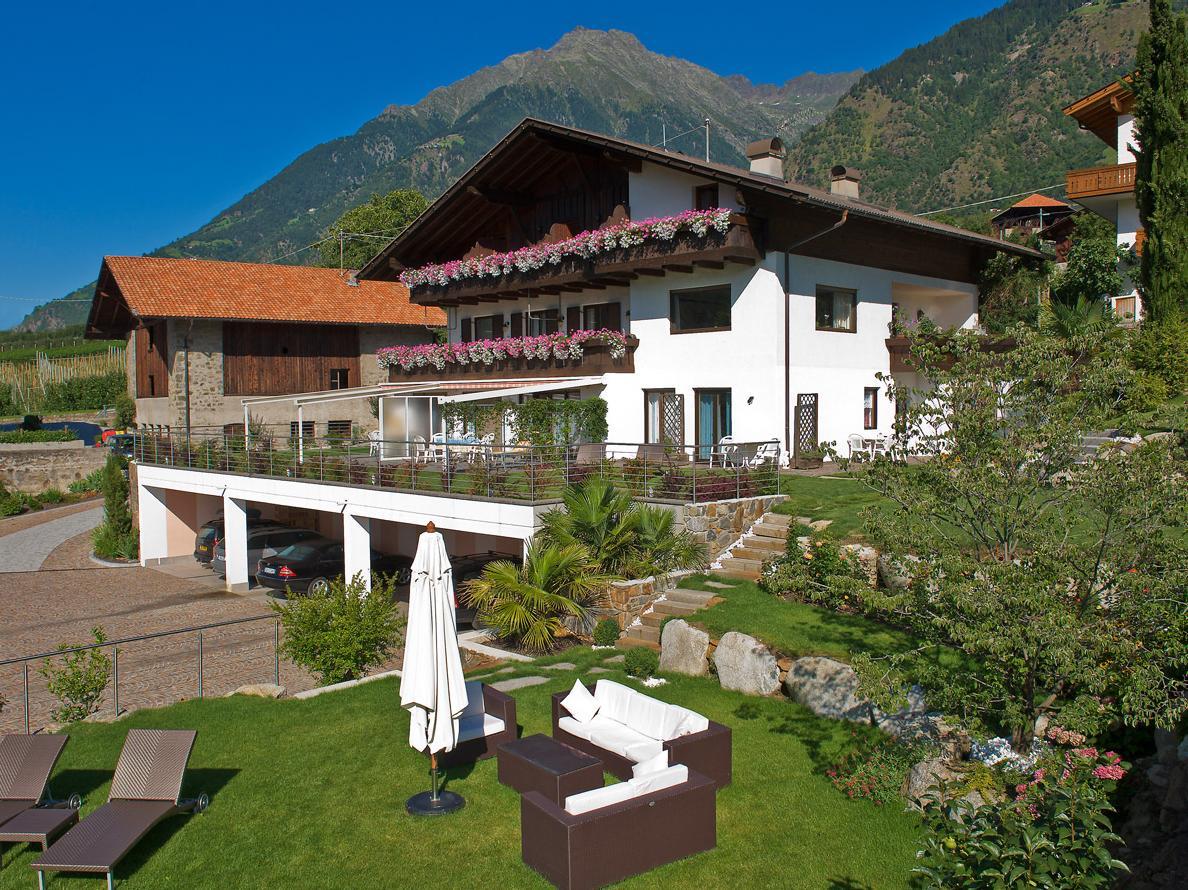 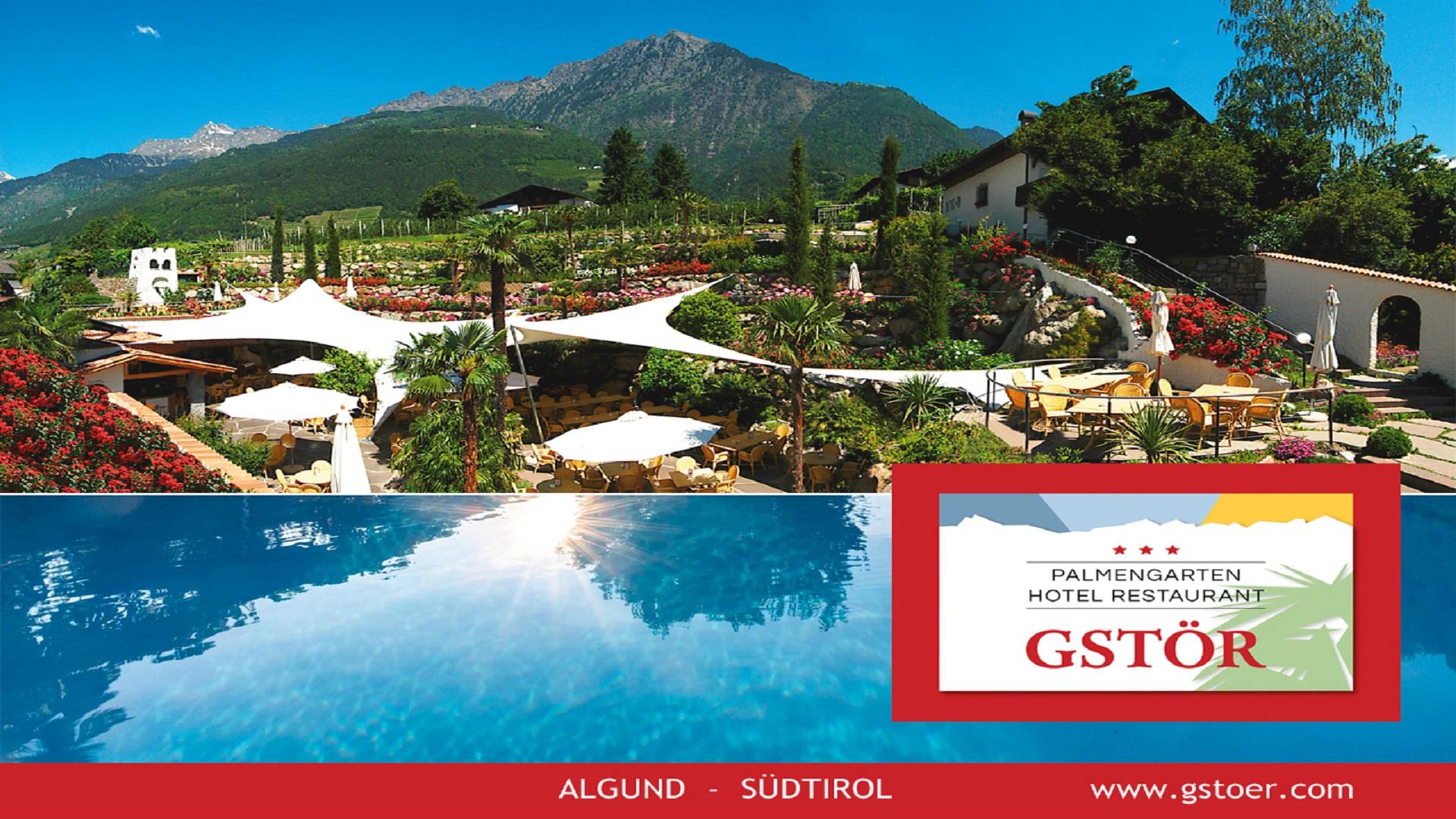 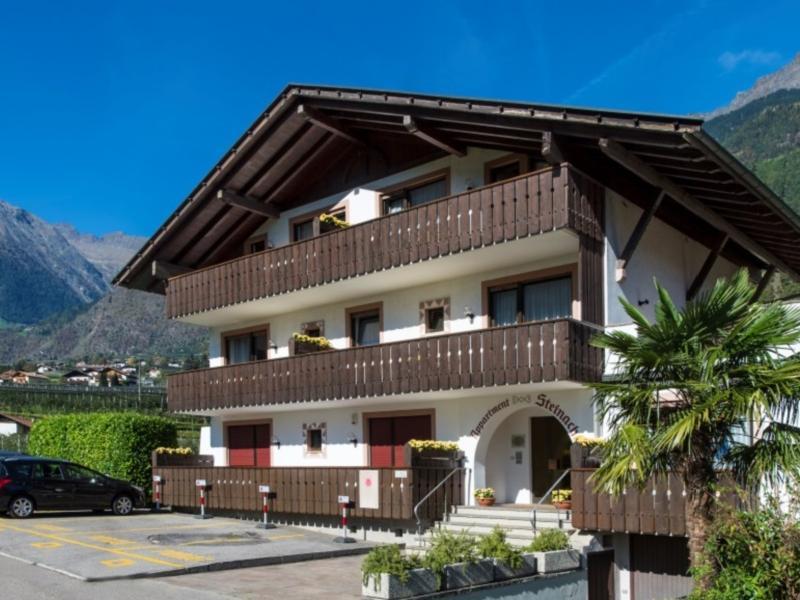 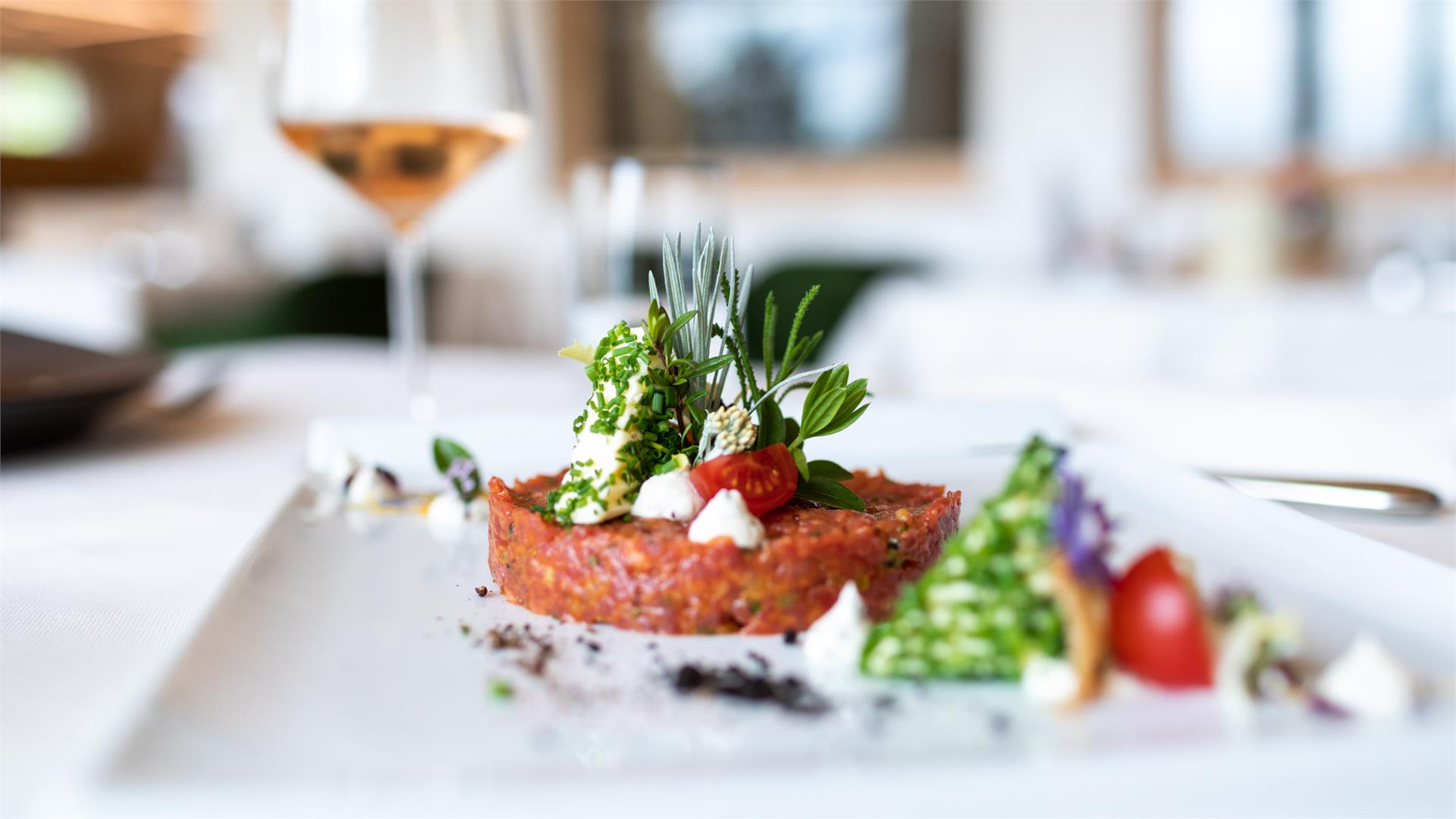 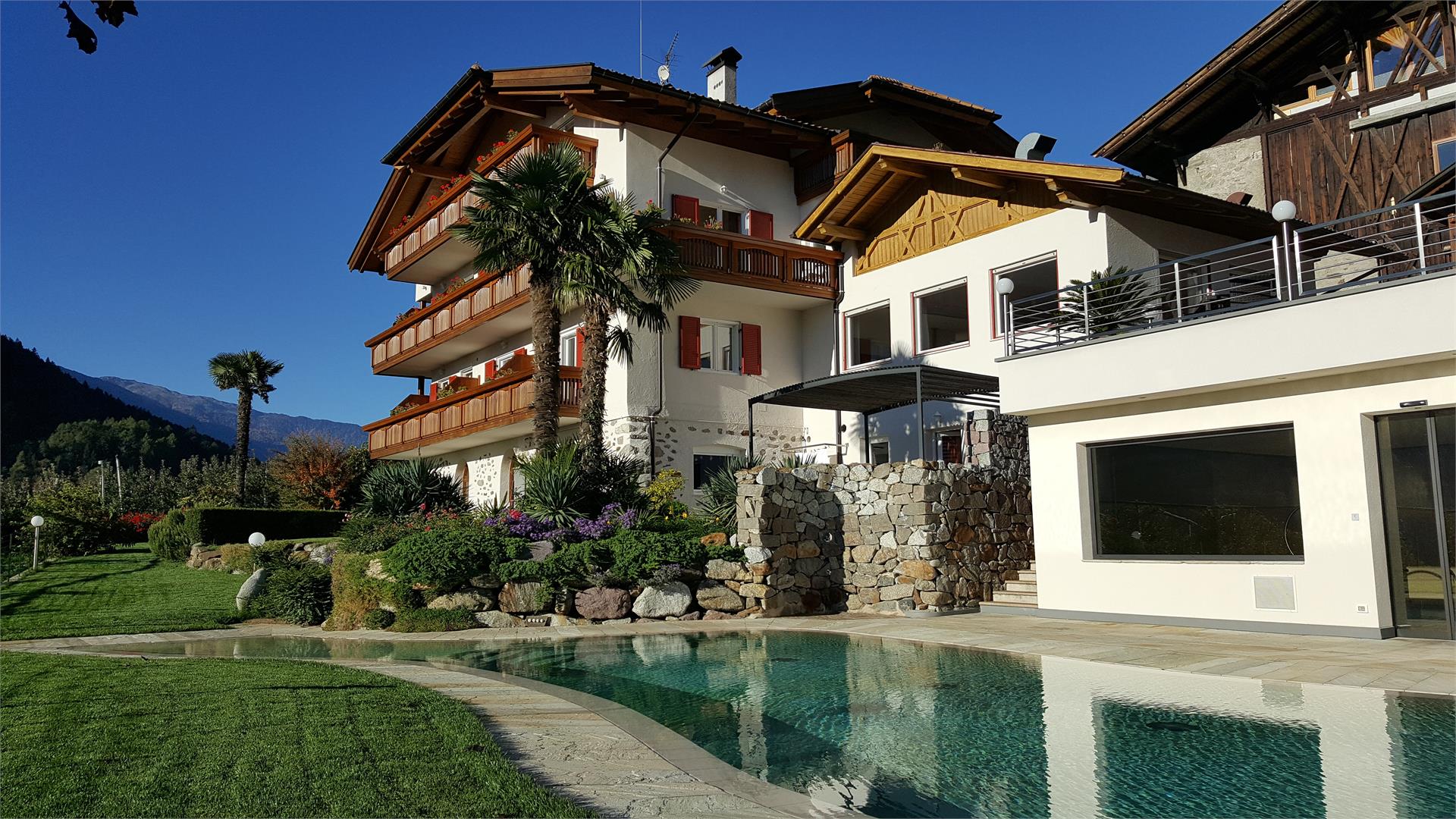 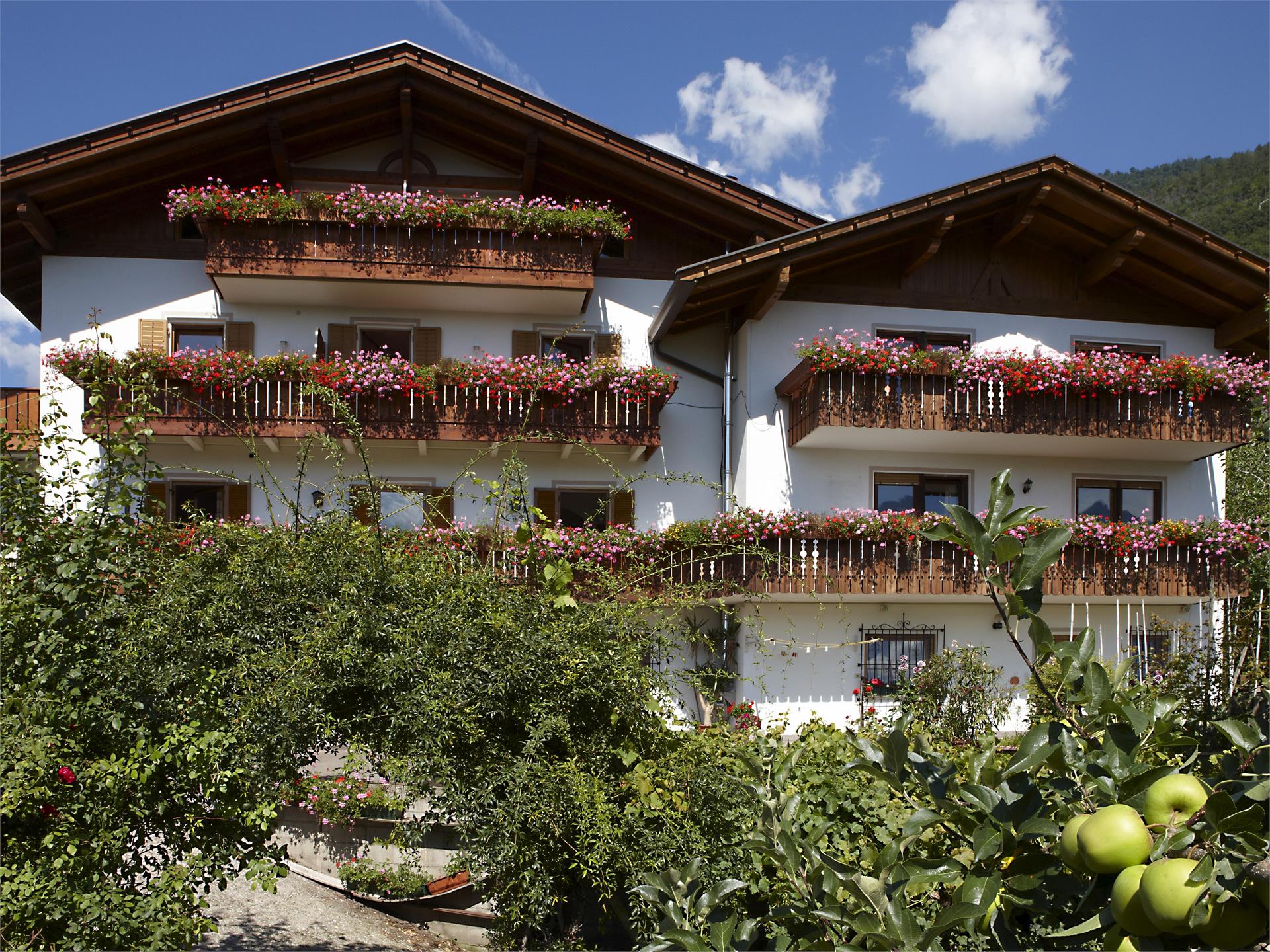 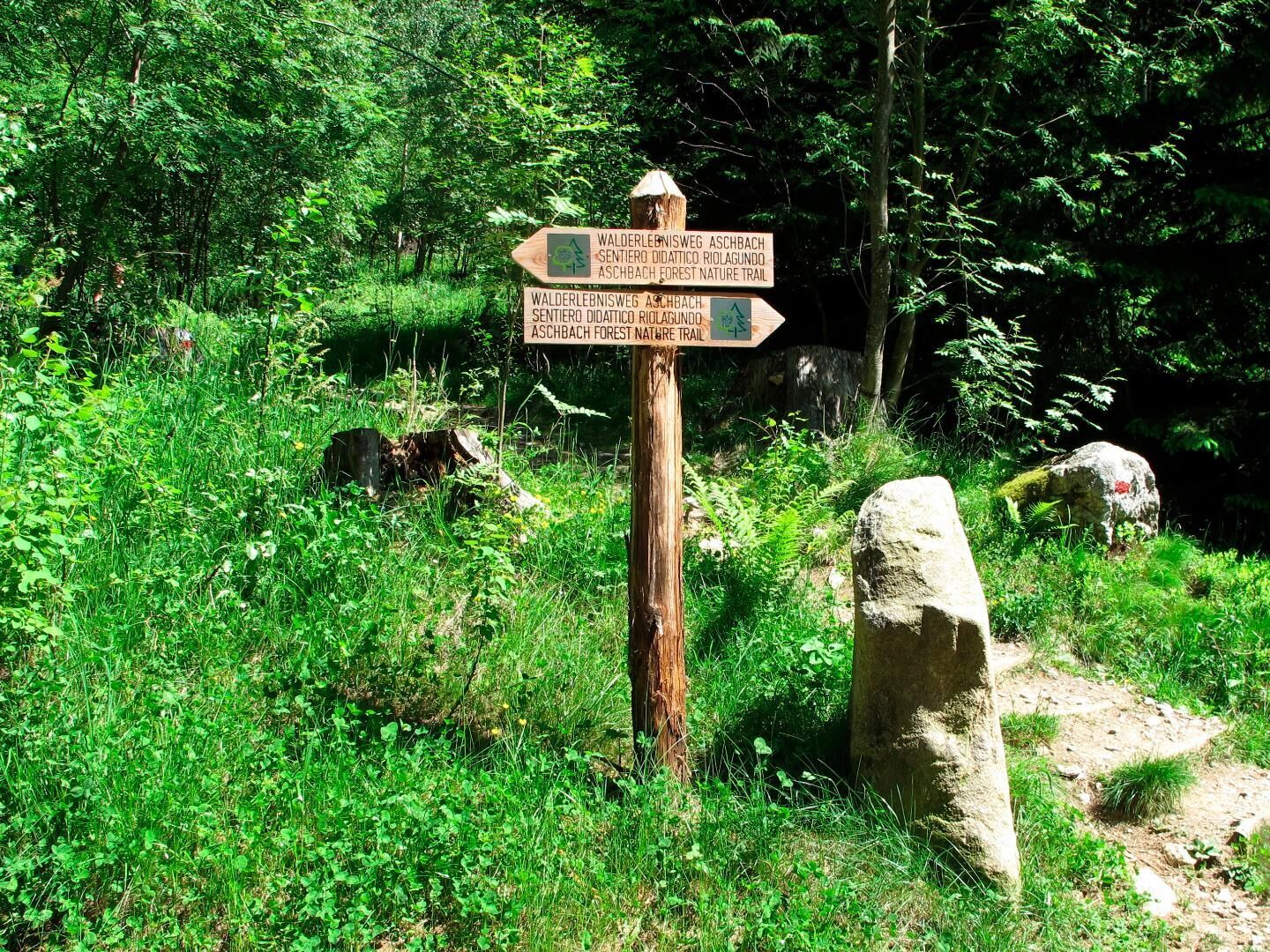 On the educationally valuable adventure trail on which visitors gain diverse insights into the forest ecosystem and information about the animal and plant world on ... 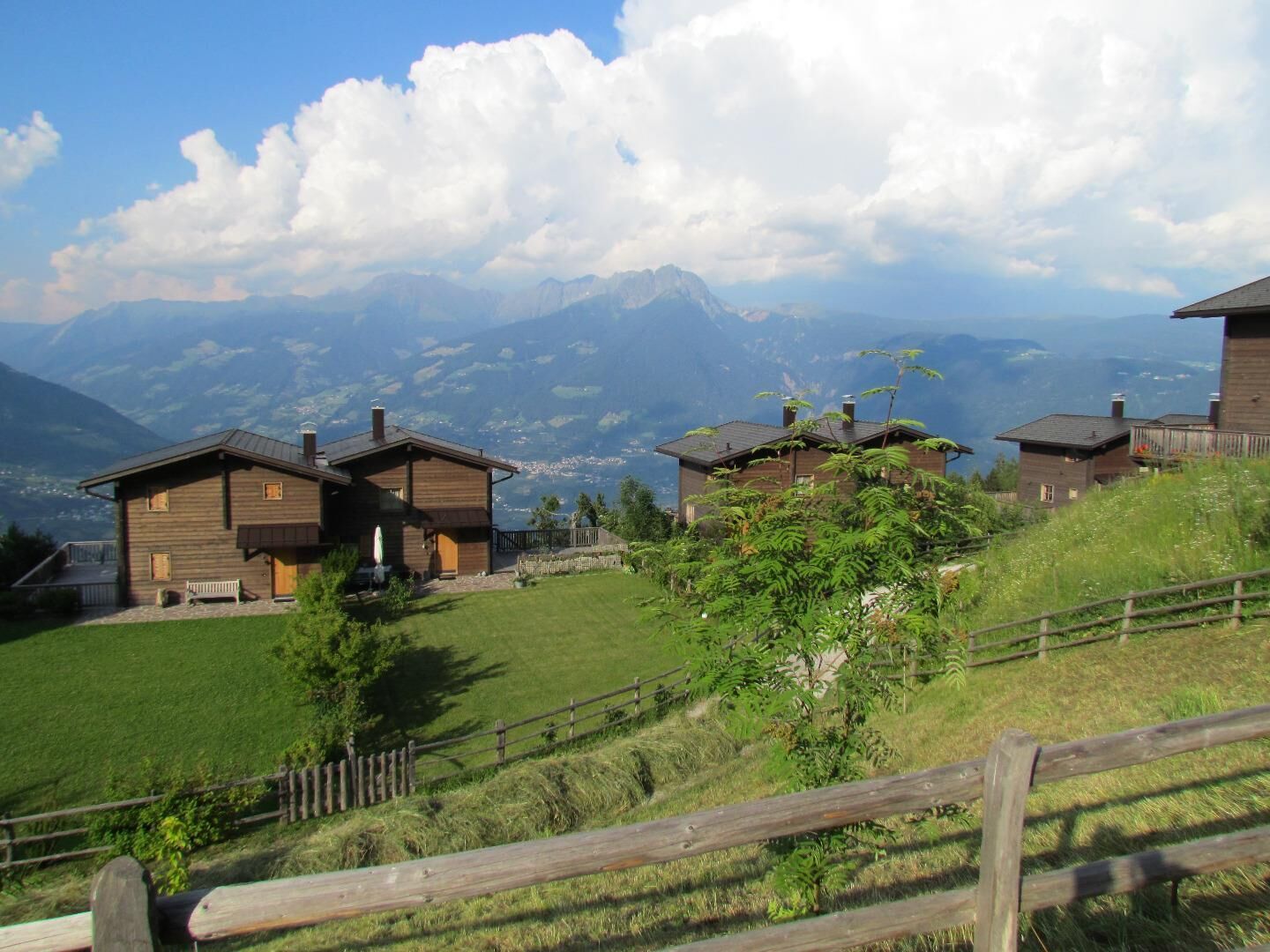 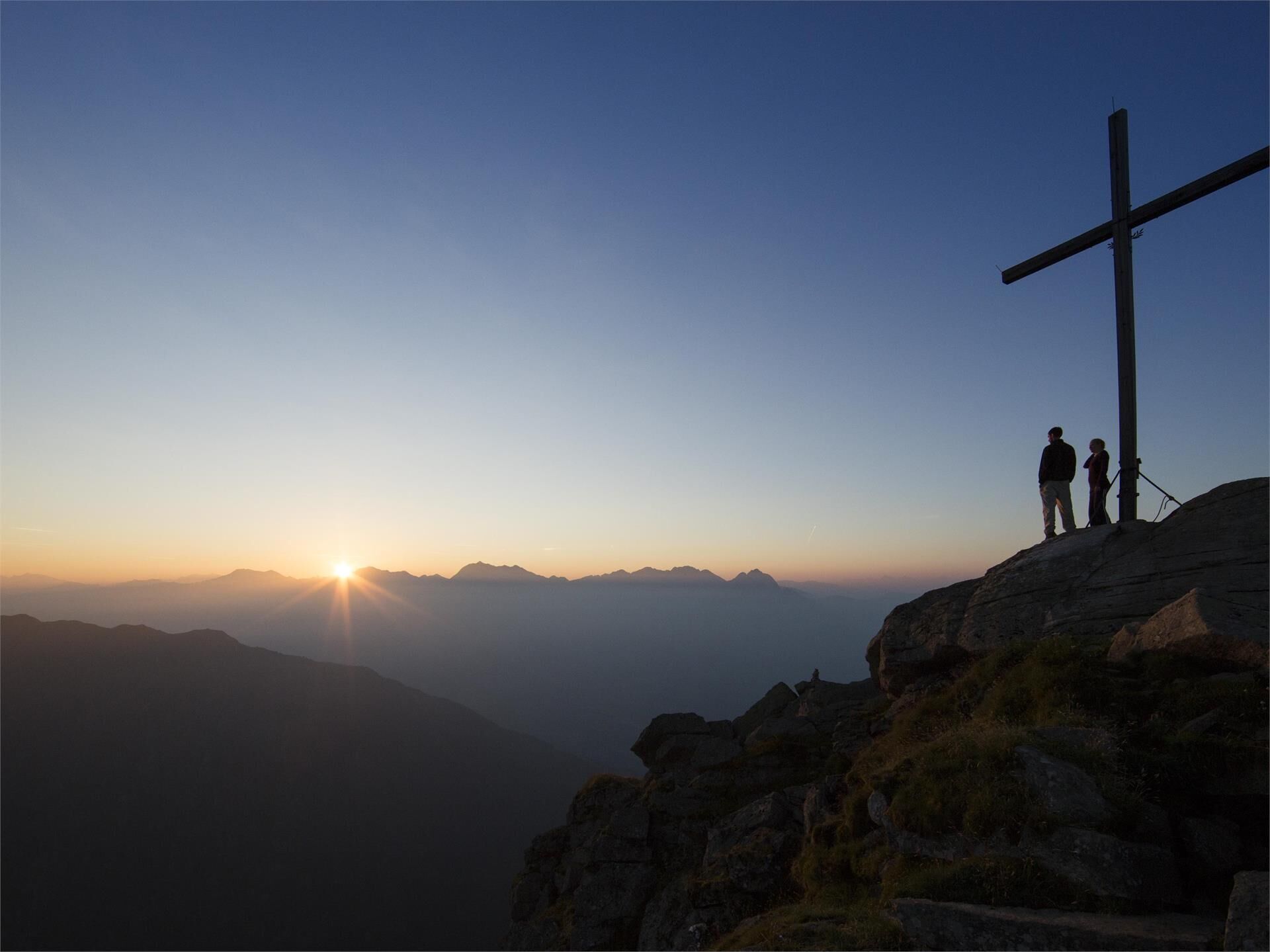 General description
The Spronser Rötel, or Rötelspitze is a bit overshadowed by its neighbors, the Tschigat and the Mutspitze. However, it is a beautiful peak in the course of an exciting ...
Detail
Back to overview
© 2022 Tourist Office Algund.
Credits.
Privacy policy.
Sitemap.
Cookie settings.
produced by